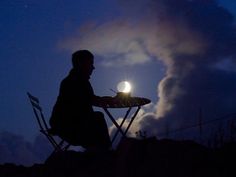 You know the type, Mr. I Know Everything About Anything and My Goal in Life is to Make sure you Know that I know… Everyone knows one these ‘charmers,’ and unfortunately, I ran into one of them the other day on an unannounced visit to my brother’s house.

As soon I walked through the door I happened to catch the end of one of, what may be, the creme de la creme of all nonsense statements, “… Money is NOT a Problem.” Apart from thinking to myself, ‘MAN, I should have called first,’ my immediate reaction to this was a mix of jealousy, respect, sheer awe, and a shit ton of sarcasm. I mean, how nice right? With 99.9% of the world suffering from what is directly or indirectly a ‘Money Problem,’ this genius (did I mention anything about the sarcasm?) has somehow figured out the solution to this age-old enigma. And more awesome yet he is willing to freely share it with anyone who will listen, or pretend to listen, which is what most people do in these situations.

… I, however, am not MOST people. So without even a hint of hesitation, I attempt to mask the OVERWHELMING condescending tone of my voice, and ask, ‘REALLY? Is money NOT a Problem for you? How exactly is that?’

I had no idea what to expect when I asked the question… well I expected a free flowing tide of bullshit, but I mean regarding the specifics of his idea… I was clueless, but I must say, that even I was a bit inspired by the outright ridiculousness of his answer…

I am not going to quote him verbatim here, as let’s just say his vernacular is… well… his own, but here is my feeble attempt at capturing this ‘gem.’ He essentially tells me that he just purchased a ‘professional’ metal detector, and he was planning an ‘expedition’ to search for gold that was buried during WWII and as far back as the Ottoman Empire. He went on to claim there was tons of it, worth hundreds of millions of Euros, all just sitting there, waiting for him and his ‘professional’ metal detector to come along and unearth it.

Well, golly, how stupid have I been? Me and every other person on the planet who have been working toward a better future, putting in long hours, day after day, year after year, trying to reach our goals… when all I, when all we needed, was a 1500 Euro metal detector and a weekend touring the European countryside.

Sounds utterly and absolutely moronic, does it not? A shew in for the Darwin Award for Stupidity… Though it does remind me of something… You have seen the ads; “100% win rate, GUARANTEED, Trade like the Pros, Set it and Forget it, all this, all your dreams coming true, for just $99.99.”

Like our friend and his ‘professional’ metal detector, anyone who believes someone has spent the time and money to concur the forex market only to sell you his creation for some ‘pocket change,’ is, well… naive and looking to be fleeced.

In the real world, if it quacks like a duck and walks like a duck, it’s probably a duck, however when it comes to forex even smart people can fall prey to morons. If I came to your door and tried to sell you a stick in a box, telling you it will do all your household chores without you lifting a finger, all for $99.99. Would you bite? Nope, you would slam your door in my face before I even was able to show you my crooked smile…

And thank heavens it’s not that easy… if it was, life as we know it would cease to exist. Why would anyone do anything else? There would be no butchers, no bakers, no candlestick makers… and most definitely no farmers. It would be like being the richest man on the moon. Not much to do up there, but at least you have a vast amount of pips. You know so that you can make pip dumplings, pip casserole, pips in a blanket, pip soup, pip steak, pips on the barbie…..