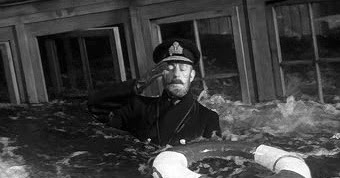 A while back, thanks to the ‘modern miracle’ called Facebook, I got reacquainted with my childhood best friend, whom I hadn’t seen in nearly twenty years. You know the story; the closest of friends in school, the pair that used to do everything together, then school ends, and life happens. Years pass and you happen to catch the tail-end of some movie you two watched a million times together, and you wonder how your old chum turned out? So you do what everyone does… you cyber-stalk him on Facebook.

On the face of it, my cyberstalking, er, sleuthing, showed that he was doing well; he had a nice job, a decent place to live, and he and his wife looked happy. After an awkward first chat, where I seemed to confirm what I saw on his timeline, and where we reminisced about years passed, I got a follow-up call from him a few days later… and it was a WHOLE different story.

Come to find out that colorful and joyful social timeline was a ruse, who’d a thought? In reality, my old friend was utterly distraught. He goes on to tell me that he and his wife are a ‘couple’ by name only, any resemblance of a relationship fizzled long ago. Not to mention his house, which was bought on an adjustable line of credit, was absolutely killing his finances. And to top it off, he was suffering from a bought of homesickness, having moved away from his family to accommodate his marriage. To make it short; he made a bad choice, well, honestly, he made a LOT of bad choices.

The real irony here? We ALL make bad choices. If fact most of us make MOSTLY bad choices. Life doesn’t come with a manual, and unfortunately, once you know how to live it, or at least have a better idea, you’re normally to damn old to enjoy it. In life when we are aware we have made a bad choice, it’s time to slow down, regroup, and make a decision, to either stay with the choice we made or accept the fact we made a mistake, correct it, and move on.

In forex, however, there IS a manual, in fact, there is a shit ton of manuals, however, somehow, we STILL make bad choices. Whether we misinterpret the market, or misread fundamentals, or follow the wrong technical indicator, invest in the wrong PAMM at the wrong time… just like in life, those bad choices have a COST, and just like in life, bills, unlike mail you actually want, never arrive late in the mail.

And here comes the hardest lesson of all… when you are faced with a tough choice, a choice between two shitty options, and you are forced to make a decision. Many people, when they find themselves in such a dilemma, assume they need to fix something. We have all heard the saying, ‘If it ain’t broke, don’t fix it,’ well today I am going to introduce you to this lesser known gem, ‘If it’s broke… buy a new one.’ If you KNOW you made a bad choice, living with it until it destroys you is NOT an option… for sane people anyway.

Step one is to acknowledge the mistake. OWN it. You made a choice, it’s your fault, and despite repeated attempts, no, you cannot blame someone else.  The reason it is so damn hard to get past this point is that pesky thing psychologists like to call self-righteousness, one of those inherent human traits that help slow the evolutionary process. Unfortunately, self-righteousness doesn’t get along well with wisdom, and you guessed it… it takes wisdom to acknowledge when you have made a mistake.

Step two is all about courage. Now I am not trying to say that most people are cowards, but nearly ALL of us are afraid to admit when we are wrong, which in forex means almost NONE of us are keen at a taking a loss. You know, those of us that mutter ‘An equity loss is not a REAL loss,’ under our breath as our account slowly gets slaughtered by one of those aforementioned bad choices. And for the record… a loss is a loss. Equity, balance, whatever.

In the end, when most of us are faced with the choice of cutting the loss or taking a stand, making a clear decision, and actually doing something to correct the mistake we don’t want to admit we made… we simply do nothing. The irony here is that not making a decision is, in fact, making the WRONG decision, the de facto decision of letting fate decide the outcome for us.

Instead of closing the trade, the trade we KNOW was a mistake, we just let it run, and hope the market will turn in our favor. HOPE is NOT a form of market analysis. Next time you want to rely on hope do yourself a favor and walk away from your desk, smash your phone, throw your tablet out of the window, and HOPE that your internet falls offline so you can’t trade. Oh and call yourself Mr. Retail, and Mr. 95% for a few days to let it sink in how NOT ready you are to trade alongside the big boys.

It turns out my friend didn’t make a decision either. So there he sits, in a bad relationship, a mountain of debt, and with a cloud of depression hanging over him. All because he did not want to admit his mistakes, and decide to cut his losses, clear his mind, and start looking for the next market opportunity, on the road to recovery.

On occasion, the market does give you a second chance. Life? Not so often.

Oh, and my friend and his ‘loving’ wife now have a baby on the way. So much for cutting your losses. It seems he now has no choice but to go down with the ship like any self-respecting Captain.

Me? I would MUCH rather be a Sailor… getting away on the last life raft. Dignified? Maybe not. Honorable? Not too sure. Smart? You better believe it…