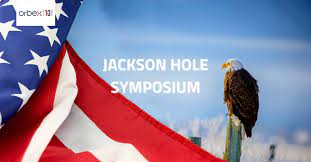 The greenback ended the day with modest gains against most major rivals.  Geopolitical tensions in Afghanistan and comments from US Federal Reserve Robert Kaplan, who said that September would be the time to outline tapering and start it in October, were behind the slump. James Bullard, another member of the central bank, also made comments in the same direction.

Comments from Fed officials fueled speculation about some announcement from US Federal Reserve Chief Jerome Powell on Friday, within the Jackson Hole Symposium. Powell will likely refrain from anticipating a shift in monetary policy but instead reserve any announcement to the upcoming Fed September meeting. Market participants, however, maintain high expectations ahead of his speech.

The US published the second version of Q2 Gross Domestic Product, which was upwardly revised to 6.6% QoQ from the previous estimate of 6.5%, missing the expected 6.7%. Core PCE inflation in the same quarter was confirmed at 6.1%, as previously estimated.

The EUR was among the strongest USD rivals, while the GBP was the weakest. EUR/USD trades around 1.1750, while GBP/USD pierced the 1.3700 figure. Commodity-linked currencies edged lower on a daily basis, but retain most of their weekly gains. The USD/JPY pair hovered directionless around 110.00.

Gold prices seesawed between gains and losses but ended the day little changed at around $1,792 a troy ounce. Crude oil prices were also stable with WTI settling at $67.80 a barrel.