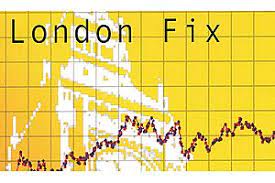 The colossal size of the FX market transcends any other, with an estimated daily turnover of $5.35 trillion. You have heard that at least THAT many times in your FX journey.

Now what you most probably haven’t heard, along with few other things regarding those trillions, not everything is as it is being served on the TV commercials, but we will address that in more depth in some of the future articles.

Here, we are interested only in the size of the market, exceeding 10 times its nearest competitor- the futures market. While the very size of the forex market should preclude the possibility of anyone rigging or artificially fixing currency rates, there are few piquants that you may not have heard about.

Get Acquainted with it’s Highness : The London FIX

The closing currency “fix” refers to benchmark foreign exchange rates that are set in London at 4 p.m. daily. Known as the WM/Reuters benchmark rates, they are determined on the basis of actual buy and sell transactions conducted by forex traders in the interbank market during a 60-second window (30 seconds either side of 4 p.m.).The benchmark rates for 21 major currencies are based on the median level of all trades that go through in this one-minute period.

The importance of the WM/Reuters benchmark rates lies in the fact that they are used to value trillions of dollars in investments held by pension funds and money managers globally, including more than $3.6 trillion of index funds. Collusion between forex traders to set these rates at artificial levels means that the profits they earn through their actions ultimately comes directly out of investors’ pockets.

IM collusion and “banging the close”

Current allegations against the traders involved in the scandal are focused on two main areas:

These practices are analogous to front running and high closing in stock markets, which attract stiff penalties if a market participant is caught in the act. This is not the case in the largely unregulated forex market, especially the $2-trillion per day spot forex market. Buying and selling of currencies for immediate delivery is not considered an investment product, and therefore is not subject to the rules and regulations that govern most financial products.

As an order of that size could well move the market and put downward pressure on the euro, the trader can “front run” this trade and use the information to his own advantage. They therefore establishes a sizeable trading position of 250 million euros, which they sell at an exchange rate of EUR 1 = USD 1.1995.

Since the trader now has a short euro, long dollar position, it is in their interest to ensure that the euro moves lower, so that they can close out their short position at a cheaper price and pocket the difference. They therefore spread the word among other traders that they have a large client order to sell euros, the implication being that they will be attempting to force the euro lower.

At 30 seconds to 4 p.m., the trader and their counterparts at other banks – who presumably have also stockpiled their “sell euro” client orders – unleash a wave of selling in the euro, which results in the benchmark rate being set at EUR 1 = 1.1975. The trader closes out their trading position by buying back euros at 1.1975, netting a cool $500,000 in the process.

Odd though it may seem, the “front running” demonstrated in this example is not illegal in forex markets. The rationale for this permissiveness is based on the size of the forex markets, to wit, that it is so large that it is nearly impossible for a trader or group of traders to move currency rates in a desired direction. But what the authorities frown upon is collusion and obvious price manipulation.

If the trader does not resort to collusion, they do run some risks when initiating their 250-million short euro position, specifically the likelihood that the euro may spike in the 15 minutes left before the 4 p.m. fixing, or be fixed at a significantly higher level. The former could occur if there is a material development that pushes the euro higher (for example, a report showing dramatic improvement in the Greek economy, or better-than-expected growth in Europe); the latter would occur if traders have customer orders to buy euros that are collectively much larger than the trader’s 1-billion client order to sell euros.

These risks are mitigated to a great degree by traders’ sharing information ahead of the fix, and conspiring to act in a predetermined manner to drive exchange rates in one direction or to a specific level, rather than letting normal forces of supply and demand determine these rates.

So, the next time you are head -blown why the market moved like crazy around 4 pm London time and there were no news on the horizon, you’ll know, someone had their errands done.