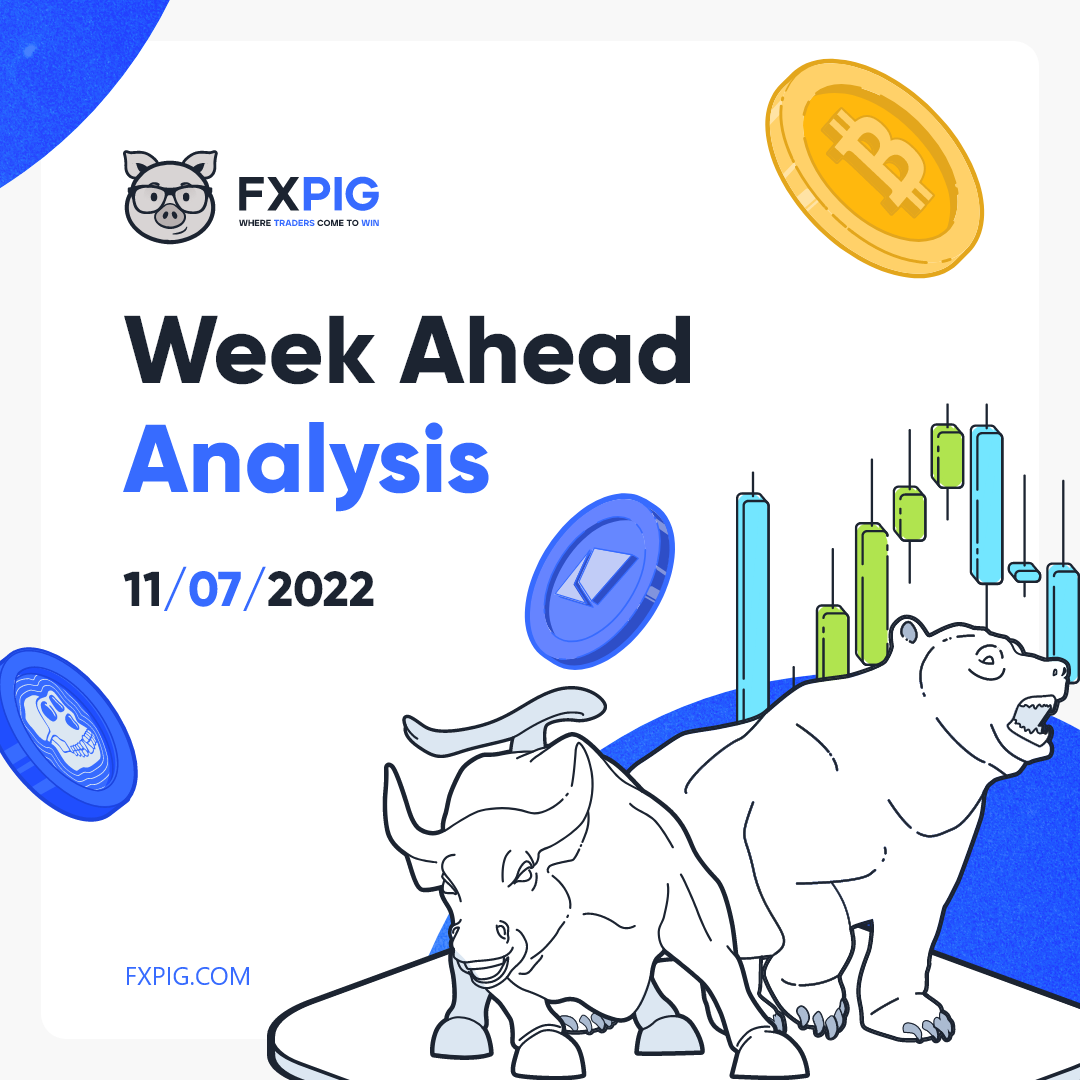 The pair has been making consistent lower highs as marked by the descending trendline. The immediate support is marked in blue near the recent swing low. Considering the build up in bearish momentum, there is a high chance parity will be tested by the end of the week, but still CPI data is going to play a major role in determining the sentiment of USD.

The BOC is expected to raise their rates by 50 bps on wednesday. Technically the CAD is going to gain in strength with a rising interest rate but the question is whether this has been priced in to the markets already.

Not only that, but the Fed is also expected to continue their rate hike throughout the year so we are looking at who is raising their rates higher and faster and also market’s expectations towards the currency.

Looking at the chart, it is in a bullish channel with consecutive higher highs and higher lows. The strength of the most recent up moves have also been relatively stronger than their pullbacks/ retracements. Let’s see if the interest rate decision on wednesday can turn the table around. For now, 1.3075 remains the key resistance and should it break, we may be looking at 1.3340 in the short term which is less than 300 pips away.

Gold spiked to a high of 1751 following better than expected NFP numbers which came out at 372k versus the expected 260k. It then quickly calmed down and is currently trading below the 50 period moving average. Looks like gold is preparing for a breakout frmo the consolidation zone to the downside.

Next immediate support can be found at 1723 area, but since strong impulsive moves are usual following a breakout from a tight range, the level could be broken easily and gold may proceed to test 1680 area which has been a major support over the past 2 years.

The major attention is on china covid’s situation right now as they discovered a new variant which led to a  minor jump in cases. The impact of this new discovery is magnified with China’s covid zero policy and investors are worried about a new wave of mass testing which could dampen fuel demand. Not only that but recessionary concerns still remains with a lot of central banks tighten their monetary policy which could lead to a gloabl economic slowdown and fuel demand could suffer.

Oil opened at 104.8 during Asia and has been trading lower since> it is currently sitting on a minor support level which I don’t think it will hold for long after price rejected the resistance level at 104.50. If the support breaks we are looking at it testing the major swing low at $96 again.

The US Stocks market has had a decent week last week, bagging minor gains of 2.06%. At least it is still in the green.

From a technical point of view, it is starting to close in a tigher range. Upside is still limited by the bearish trendline accompanied by the 50 day SMA. All eyes are on the CPI numbers later this week and we are just sitting on our hands.