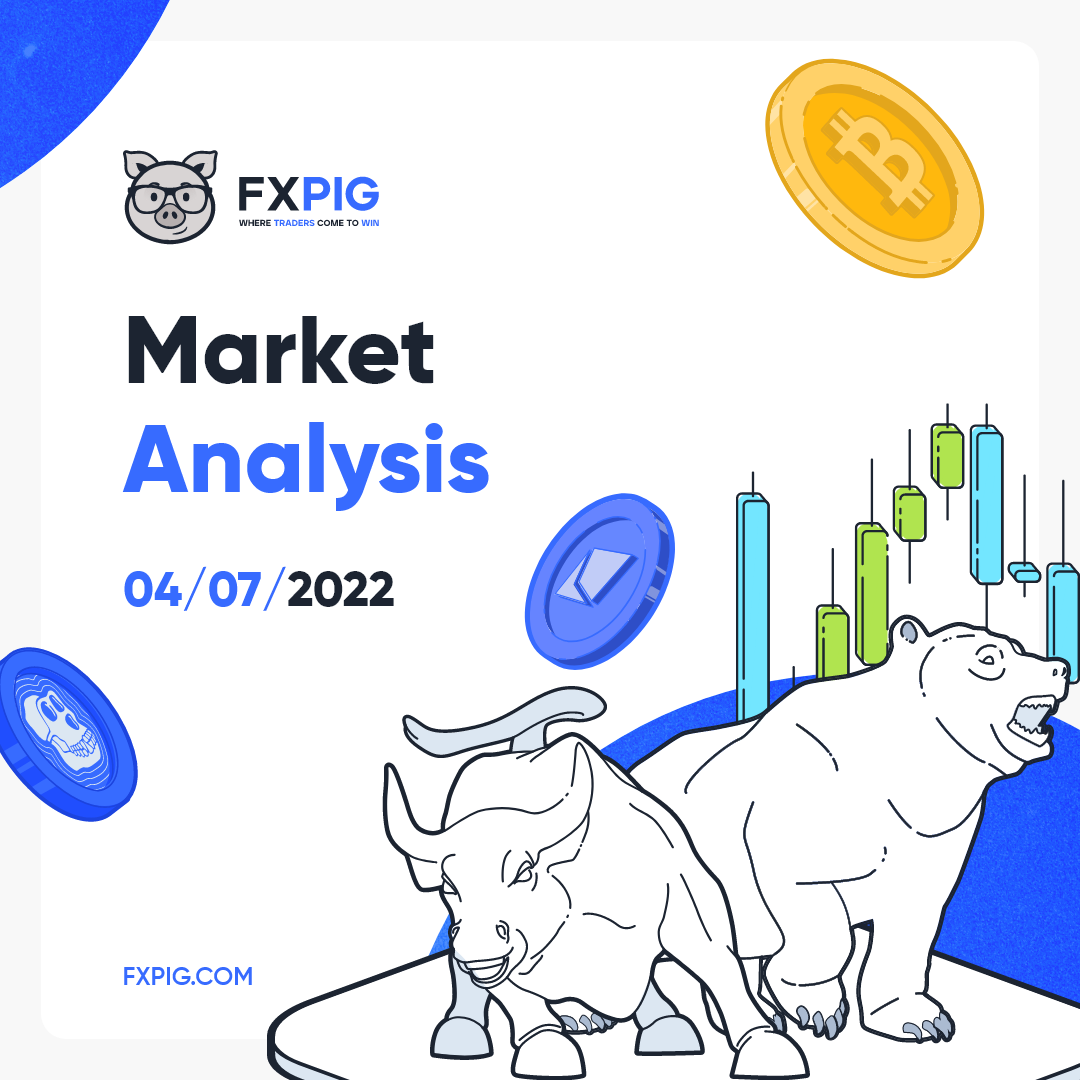 *Only key events are listed

The RBA is expected to raise rates for the third consecutive meeting on Tuesday to combat inflation.

Looking at the past data provided by Trading Central’s Economic Insight, RBA has surprised the markets in the past 2 announcements by raising its cash rate greater than forecasted. Since the last meeting, Governor Lowe has turned more hawkish stating that Inflation could hit 7% by Christmas and will only begin to slow down in early next year. Not only that but Lowe also suggested that a reasonable cash rate would be 2.5%. 25bps/ 50 bps hike at this next meeting was also expected, Lowe noted.

The Aussie has been trading lower against the greenback since a death cross occurred towards the end of May. A descending triangle also foreshadowed the break at the 0.6850 support level. Currently trading at 0.6800, we may see the momentum carry on until the key level of 0.6700 before we see some sort of reaction. Although a climbing cash rate would make the AUD stronger, the Fed is raising its interest rates too. It is now a question of which currency has a more bullish expectation moving forward.

The fed said in its last meeting that an ongoing rate hike would be appropriate and that they are strongly committed to returning inflation to its target level of 2% over time. Fed Mester said, “debate in July is between 50 bps and 75 bps rate hike." and she would prefer the latter. The updated economic projections forecasted rates rising to 3.25-3.50% by the end of this year;

If the USD continues to strengthen against other currencies, and specifically the Euro, in this case, 1.0350 would be broken easily. Underneath that level is a price territory that the fiber has not visited for the past 19 years with 1.0190 as the next support level. If that level is breached further, the question then becomes will EURUSD reach parity.

Trading volume on gold today will likely be flat today as it is a bank holiday in the US. Investors are being cautious ahead of this week’s key events including the FOMC minutes, NFP, and ADP report.

WTI is still trading under the broken trendline which limits upside movement. The primary factor for the current bearish sentiment is the recessionary fears which dampen fuel demand, although the supply for oil remains tight as sanctions on Russian oil remain in place and a lower OPEC output. Growing USD strength also weakens the commodity markets as the purchasing power of the USD increases.

Bitcoin is probably sleeping. Volume dies down as capital flees from risk assets amid recessionary fears. investors also have to decide between taking on a humongous amount of risk while holding Bitcoin, or putting their money in the Bank or some other higher interest-bearing assets that are relatively stable. Similar to commodities, Bitcoin is mostly quoted in USD and a stronger dollar means a lower value for Bitcoin since the purchasing power of USD is now greater. We are still waiting for Bitcoin to break either side of the trading range between 22910 and 17621, and the latter seems more likely considering the current macroeconomic conditions.