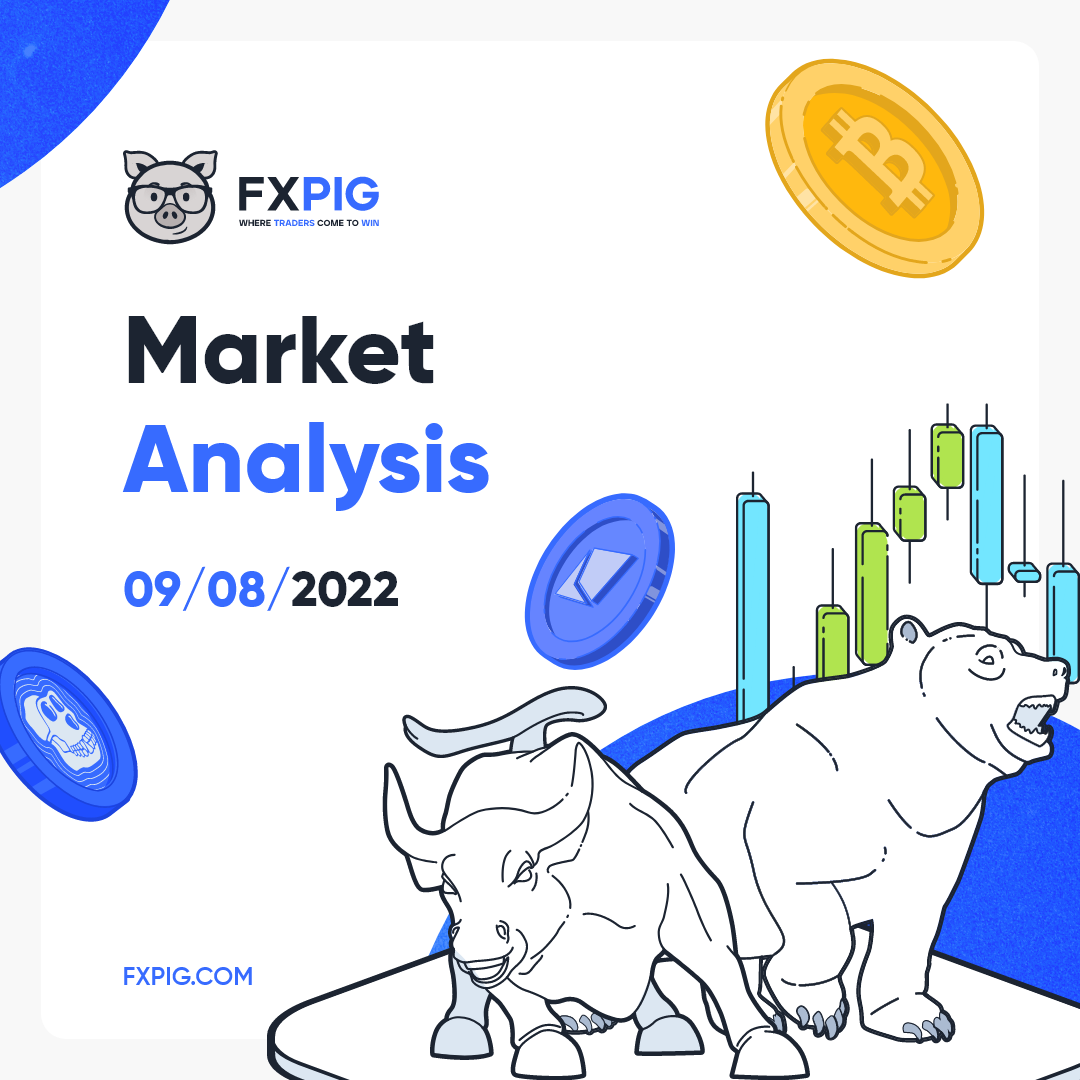 It is a light week in the market with only a few key events to watch out for including the CPI numbers and the UK’s GDP. NFP came out with a huge positive surprise, printing 528k new jobs in July which is more than double the expected figure. It is signalling a super solid labour market, which may prompt the Fed to make a more aggressive rate hike in the next meeting. CPI data on Wednesday is going to be equally, if not more important than the job’s numbers.

Let’s look at what happened to…

With a better-than-expected job number, the greenback got stronger which caused a shift drop in gold prices. Gold fell from $1788 to $1769 in the 30 minutes following the announcement which trailed our scenario 2.

As it is now trading in a range between $1770 and $1785, we are waiting for a breakout on either side. Higher lows on the hourly chart make it seems like an upward trend is more likely. CPI is going to be the main mover for gold this week.

The fiber is in a fresh triangle formation now, with NFP pushing the pair from the upper trendline to the lower trendline as marked by the arrow. As the trading range gets narrower, it may be signaling that EURUSD is on the verge of an impulsive breakout. CPI incoming.

There is currently no directional bias, with both moving averages tangled together.

Following the annual meeting, TSLA shares declined on Friday trading by 6.63% despite all the positive announcements made in terms of new products, vision and future outlook, and not to forget the agreed stock split which is going to take effect on August 25.

The 200-day moving average along with the $950 proved to be tough resistance for the bulls. The next support is at $770.