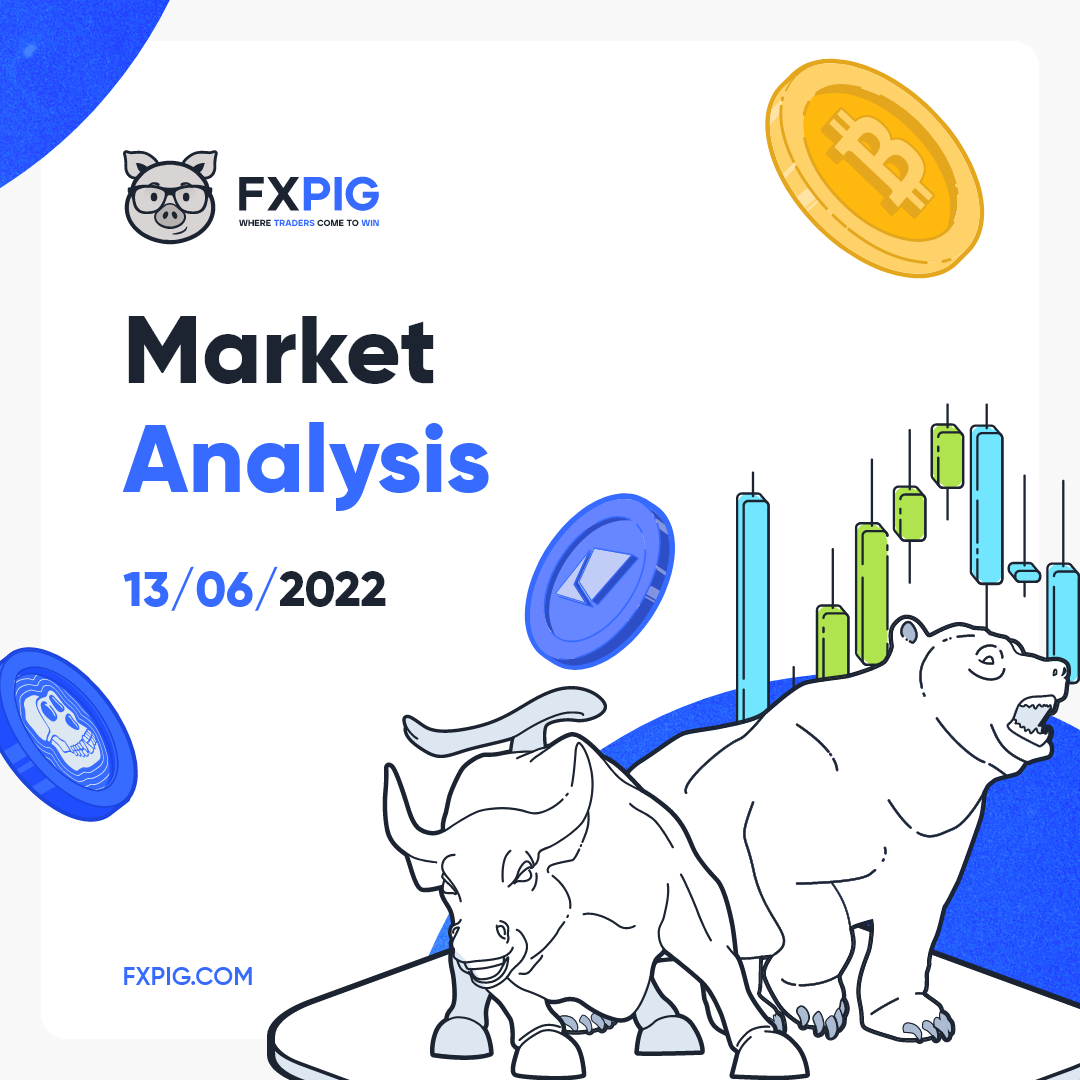 Key Events for this week

Wednesday- FOMC Statements and Federal Funds Rate. There will be an FOMC press conference 30 minutes after the statements

CPI figures last Friday surprised us, but not in a good way. Both CPI and Core CPI came out higher than expected with CPI rising 8.6%YoY and core inflation at 6%. Fuel oil alone was up 106.7% over the past year, can you imagine paying double on your car fuel? Well, you don’t need to imagine anymore as that is the reality in the US now.

Following up on our analysis last Friday, USDJPY did continue to rally as predicted. Yen slumps to a 20-year low as BOJ stands firm on their easing monetary policy unless the pair breach 140 in an effort to support their slow recovery from the pandemic. Governor Kuroda also emphasized that exchange rates aren’t policy targets. With the Fed expected to raise its interest rates by another 25 basis points during the FOMC statement later this week, the Yen might slide further. The next resistance is marked at 136.50 area but please note that this level is formed 24 years ago. The next medium-term support is at 131.

The Euro continued to weaken against the US dollar ahead of the interest rates announcement this week. Technical-wise, the price respected the 50 daily moving average and resume its bearish movement. Currently trading at 1.0488, the pair is looking very likely to test the next support at 1.0350 due to the USD’s strength.

To meet the inflation target, the BOE is set to raise rates on Thursday by 25 basis points, from 0.75% to 1%. Will this move give the Pound a much-needed boost to turn the trend on GBPUSD, or at least stop the Pound from falling further? It is currently sitting on 1.2250. The next key support is situated 250 pips below while resistance is at 1.2650.

Gold spiked more than $40 after CPI came out last Friday, with the wicks covering both the bottom and the top end of its trading range. We are still waiting for a breakout from this 3-week long consolidation and the FOMC announcements this week may be it.

On the top, we have 1890 as the next resistance and the lower end of the trading range as the support

Bullish momentum has slowed down on crude oil. Prices fell for 2 consecutive trading days and continued to slide as markets open today. The reason being China warned of a serious spread in Beijing and is conducting more mass testing until Wednesday, which makes China the near-term downside risk for crude prices. The next support is the previously broken resistance at $115 while the upside target is at $129.

Investors aren’t too optimistic about the inflationary numbers as reflected by the sell-off in SP500. The index fell nearly 6% in the past 3 trading days and the next strong support can be found at the 3700 key level. On the other hand, resistance is at 4150 where the price did a U-turn the last time it went there.

Bitcoin has broken out from its month-long consolidation phase and is heading South. It has lost 16% in the past 4 days alone amid heightening inflation concerns. Revisiting the 18-months low definitely isn’t something that Bitcoin hodlers/ investors want to see. Other cryptocurrencies are not safe either as the bearish waves swept through the the crypto universe with Ethereum, Cardano and Solana shaved 30%, 28%, and 35% respectively.

Interest rates effect:
Canada and Australia have raised their interest rates last week to combat inflation, while ECB said it would begin rate hikes in the summer and stop purchasing assets. As the interest rates of different major currencies rise, the costs of holding other assets such as cryptocurrencies increase, further reducing the demand and subsequently the prices of these assets.

Let’s hope that the 23000 is able to provide support. If not, we are very interested in the 19000 area where Bitcoin made its significant all-time high.