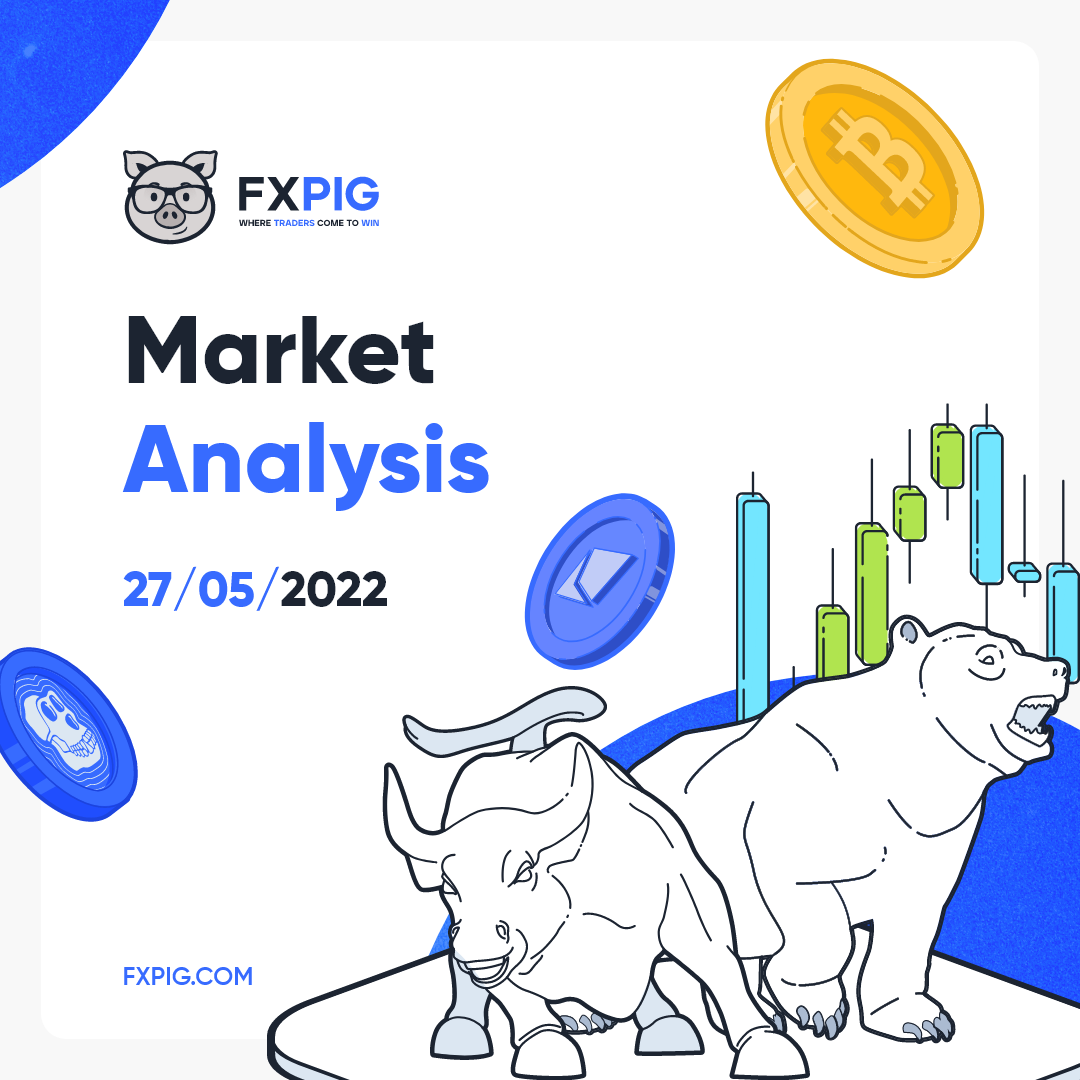 The Euro strengthened against the greenback over the past 10 days and is just dancing on the 1.0600 level as we speak. 1.0650 will act as the immediate resistance standing in the way of the bulls while the 50 Moving average will be the next layer of resistance to the upside.

Gold climbed steadily last week after bouncing from 1785 support and is currently testing the 1855 trendline and resistance level. The rise could be due to the USD having a slight pullback in strength as we witnessed on the EURUSD also. If it breaks above the trendline again, we could see the bullish momentum resumes, although it is not as lucrative to hold gold considering the rising interest rates.

Crude oil was trading consistently in the upper half of its trading range with the 50 daily moving average acting as support. The driving season is also about to begin in the US, which is the peak season for oil demand. Shanghai is also due to reopen its city on June 1st. The outlook for crude oil remains bullish as demand is resuming sooner or later while supply is still tight. 115 will be the first resistance to break through and we will see from there.

From a technical standpoint, SP500 has been making lower highs and lower lows, Considering the rate of decline has been increasing ( the slope of the downfall has become steeper ), the next possible target could be 3750.

Bitcoin has been stuck in a tight range at around 30000 key areas for quite some time now. We are still waiting for the next market catalyst and there is no directional bias for now.

Sign up for an account at FXPIG now to trade more than 300 instruments, including 60+ Crypto CFDs, 24/7 with spreads as low as 1 cent!